An Irish rogue wins the heart of a rich widow and assumes her dead husband's aristocratic position in 18th-century England.
(PG, 184 min.) 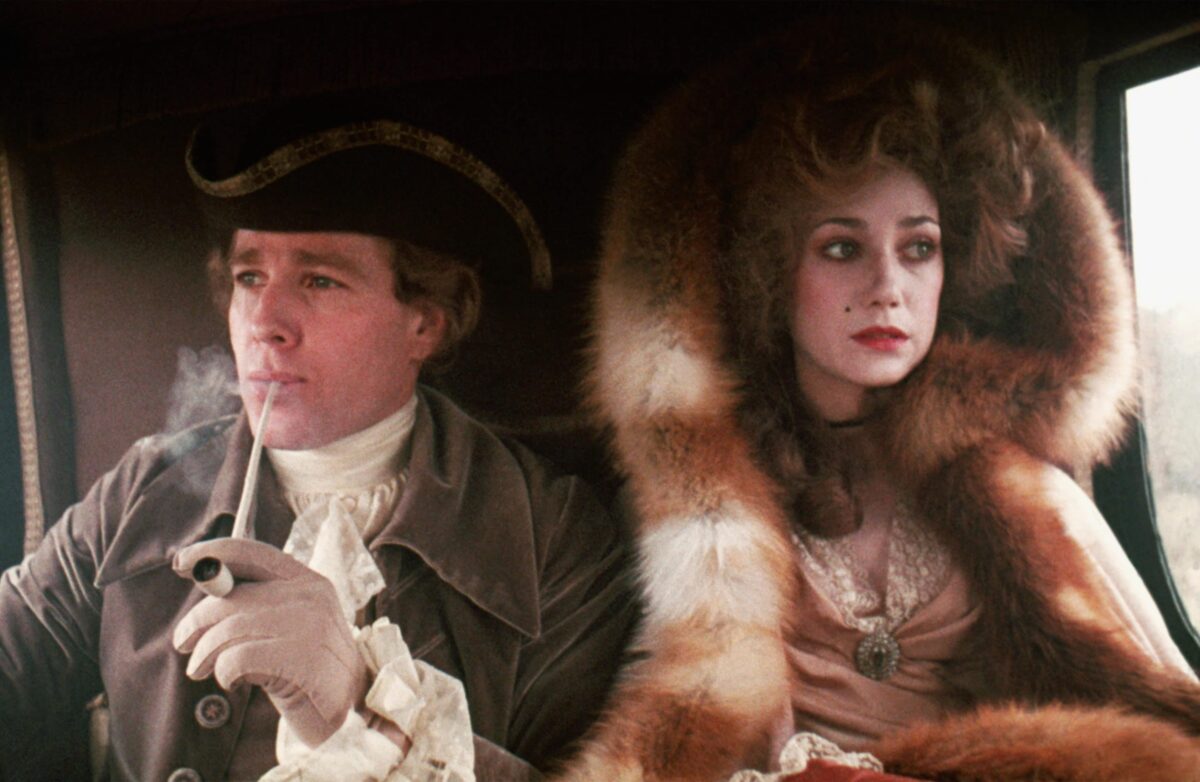 The Essentials: B-Sides
This collection of Essentials showcases movies under-seen on the big screen from some of cinema's most renowned contemporary directors. Free for Members.
Full line up, here.

Synopsis: Ryan O'Neal and Marisa Berenson star in director Stanley Kubrick's lavish adaptation of William Makepeace Thackeray's classic 18th-century novel about the rise and fall of a sensitive and dashing rogue, The Memoirs of Barry Lyndon, Esq.. Forced to leave Ireland after killing an English officer in a duel, handsome young Redmond Barry (O'Neal) seeks his fortune as a soldier in Prussia, as a spy then as a gambler living among the elite of Europe. He changes his name and marries an aristocrat (Berenson) for her wealth, but the acceptance he seeks finally eludes him. [Warner Brothers]

"An intimate epic of utter lucidity and command. Barry Lyndon is something to rediscover."

"Between the vast exteriors and candlelit interiors, the expressive authority of Kubrick’s direction is breathtaking."

"Barry Lyndon, which fared poorly at the box office in 1975, remains his most underrated. It may also be his greatest."

"It’s a movie that actually makes the past look otherworldly, unlike many period pieces, which strive to make history seem easy to slip into."

"One of the most beautiful of all Stanley Kubrick’s films, originally released in 1975, this slyly savage tale of social climbing in the 18th century is also arguably his funniest."

"Barry Lyndon is a rich cinematic experience which fully deserves to once more be seen on the big screen and enjoy its status as one of Stanley Kubrick’s greatest achievements."

"Barry Lyndon is best known for its photography – Kubrick borrowed a low-light camera from Nasa so he could shoot in candlelight – and it is uniquely, heart-stoppingly gorgeous. But there’s much more to it: this is a story of identity, and the lack of it. And it’s fascinating."

"Barry Lyndon could be considered Kubrick’s masterpiece. At the very least, this cerebral action film represents the height of his craft. Stanley Kubrick's magisterial Thackeray adaptation now stands as one of his greatest and most savagely ironic films, not to mention one of the few period pieces on celluloid so transporting that it seems to predate the invention of cameras."