Intrepid scientists and lovers Katia and Maurice Krafft died in a volcanic explosion doing the very thing that brought them together: unraveling the mysteries of volcanoes by capturing the most explosive imagery ever recorded. (PG, 93 min.) 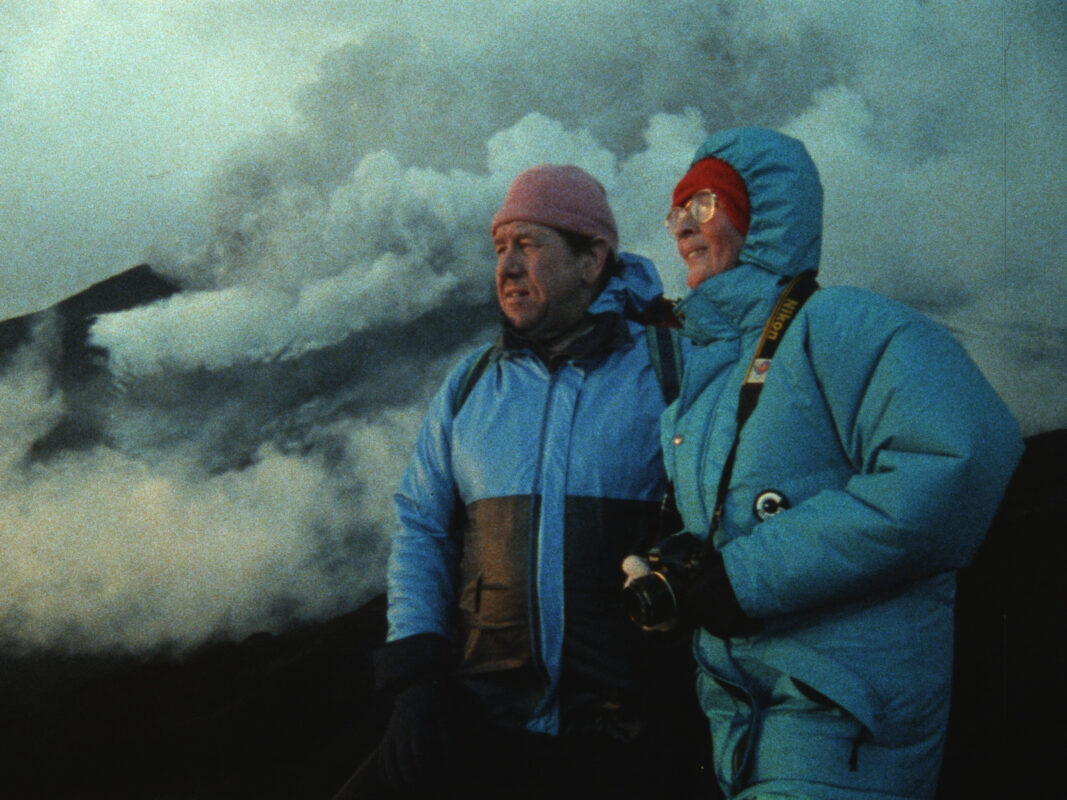 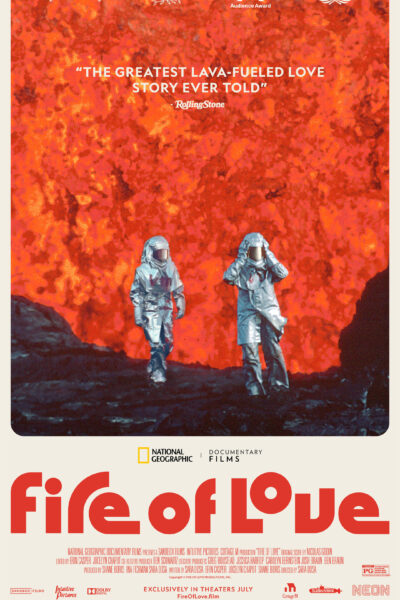 Katia and Maurice Krafft loved two things — each other and volcanoes. For two decades, the daring French volcanologist couple roamed the planet, chasing eruptions and documenting their discoveries. Ultimately, they lost their lives in a 1991 volcanic explosion, leaving a legacy that forever enriched our knowledge of the natural world. Director Sara Dosa and the filmmaking team fashion a lyrical celebration of the intrepid scientists’ spirit of adventure, drawing from the Kraffts’ spectacular archive. FIRE OF LOVE tells a story of primordial creation and destruction, following two bold explorers as they venture into the unknown, all for the sake of love.
[National Geographic Films]

"Directed with care, curiosity, and insight by Sara Dosa."

"It's ethereal, elliptical in its construction and eerily beautiful."

"Fire of Love is a riveting portrait of a charismatic couple who lived life on the edge."

"The Krafft’s globetrotting love story exists at its most ardent in proximity of their mutual passion."

"It is a love poem to these brave scientists as well as the natural wonders of the world we need to protect."

"The couple's footage of pulsing lava rivers and burning rock have a beauty that becomes mesmerizingly abstract."

"This has to be one of the most heartwarming movies about scientists ever made, especially as it always honors the red-hot nature in their shared passion."

"Already an extremely French cocktail, Fire of Love gets a final dash of existentialism that makes it linger on the tongue: if Godard had a thing for science."

"Its lingering power, however, is not just the spectacle but also the thrilling intimacy of its subjects, whose eccentric, danger-seeking romance feels drawn straight out of Hollywood myth."

"Their passion for volcanoes, and the way they thought it might translate into helping mankind, helps us see who they really were, and the result, built largely from archival footage, is breathtaking."

"The dangerous nature of their work starts to creep into the narrative, and by the end, this adorable love story has become a meditation on humanity's smallness in the face of the Earth's tectonic plates."

"The romance of the documentary emerges out of its deep, unfaked appreciation for nature: long, uninterrupted stretches where these self-described 'weirdos' go off on their own to explore alien worlds like astronauts in their protective gear."

"At an economical 90-minute running time, Fire of Love packs a visual and emotional wallop, with enough close-ups on erupting volcanoes — one, at a point, is called 'a bathtub with a hole in it, sowing death all around' — to leave you slack-jawed, terrified, and awe-inspired."