The story of Alana Kane and Gary Valentine growing up, running around and going through the treacherous navigation of first love in the San Fernando Valley, 1973.
(R, 133 min.) 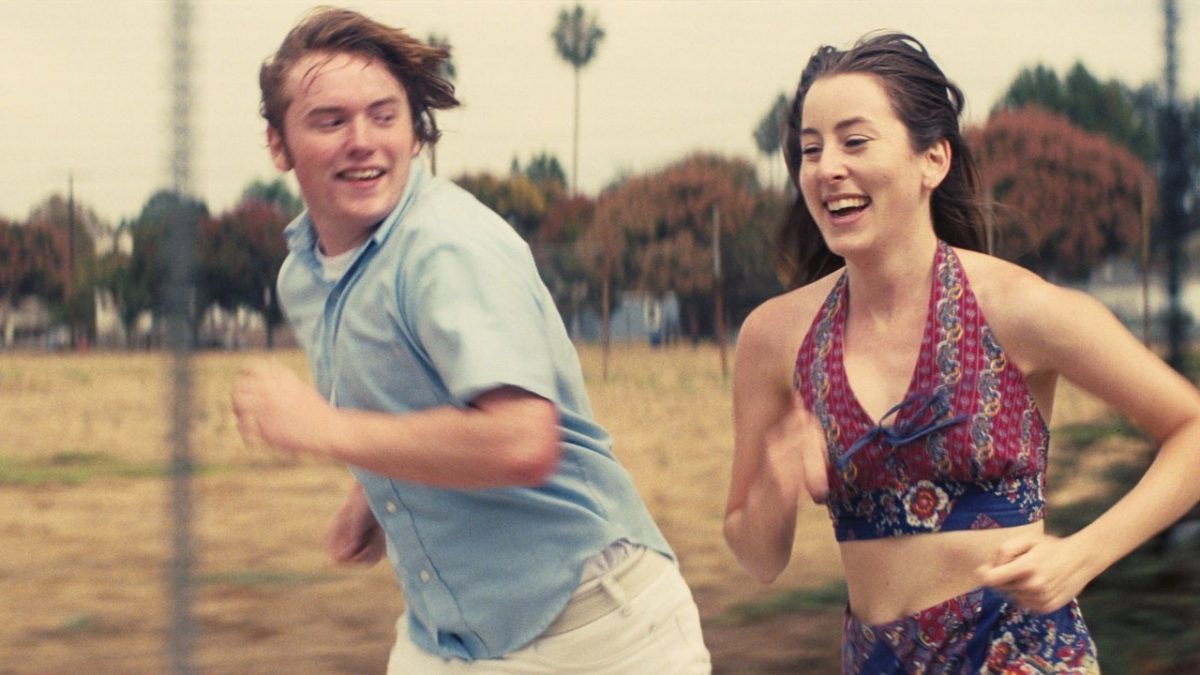 Licorice Pizza is the story of Alana Kane and Gary Valentine growing up, running around and falling in love in the San Fernando Valley, 1973. Written and Directed by Paul Thomas Anderson, the film tracks the treacherous navigation of first love. [United Artists Releasing]

"Quite possibly the year's best film - easily its most delightful surprise."

"It’s undoubtedly one of the best films of the year, and of Anderson’s career."

"'Licorice Pizza' is a movie you will cherish for a long time after the lights come up."

"An entertaining movie that, like 'American Graffiti' and 'Fast Times at Ridgemont High' before it, captures youth in hilarious and poignant ways."

"A lived-in, even tangible, period experience -- you can practically smell the maraschino cherries in the cocktails and feel the shag carpeting beneath your feet."

"In Licorice Pizza, time isn’t something that keeps people apart — it’s the only thing that allows them to find each other in the first place. And this euphoric movie doesn’t waste a minute of it."

"[Mr. Anderson's] screenplay soars above and beyond literal references by creating the oddest power couple you’ve ever seen. Whatever the psychodynamics between Gary and Alana may be, their bond has its own brilliant logic."

"[Licorice Pizza] is anchored by the aesthetic meld Anderson has perfected in recent years, and by a pair of truly stunning debut performances that bring to life two of the most fully-formed, deeply complicated Hollywood characters in recent memory."

"Darkness stays on the edges of Hollywood town in Paul Thomas Anderson’s screwball comedy explosion about the serious business of first love. Newbies Alana Haim and Cooper Hoffman light up the screen in one of the very best movies of the year. They’re to die for."

"I don't want to get too hyperbolic here, but watching 'Licorice Pizza' reminded me why I love movies so much; particularly the way they can drop us into another place and another time, and embed us completely into the lives of total strangers. If Licorice Pizza had stretched on for another hour, I would've been perfectly content to go along."

"It was always going to be an emotional experience watching the late Philip Seymour Hoffman’s son Cooper Hoffman make his acting debut. His father, an Oscar-winning genius, died in 2014...What we never could have imagined, though, is that Cooper’s freshman performance (he’s so green, his IMDB page doesn’t have a photo yet) would be one of the best of the year in what is easily the best film of 2021, Paul Thomas Anderson’s brilliant Licorice Pizza. This wonderful kid should be in the Oscar race, but we’re too predictably infatuated with big names. Let’s fix that."