A woman from Scotland, while traveling in Colombia, begins to notice strange sounds. Soon she begins to think about their appearance. (PG, 136 min.) 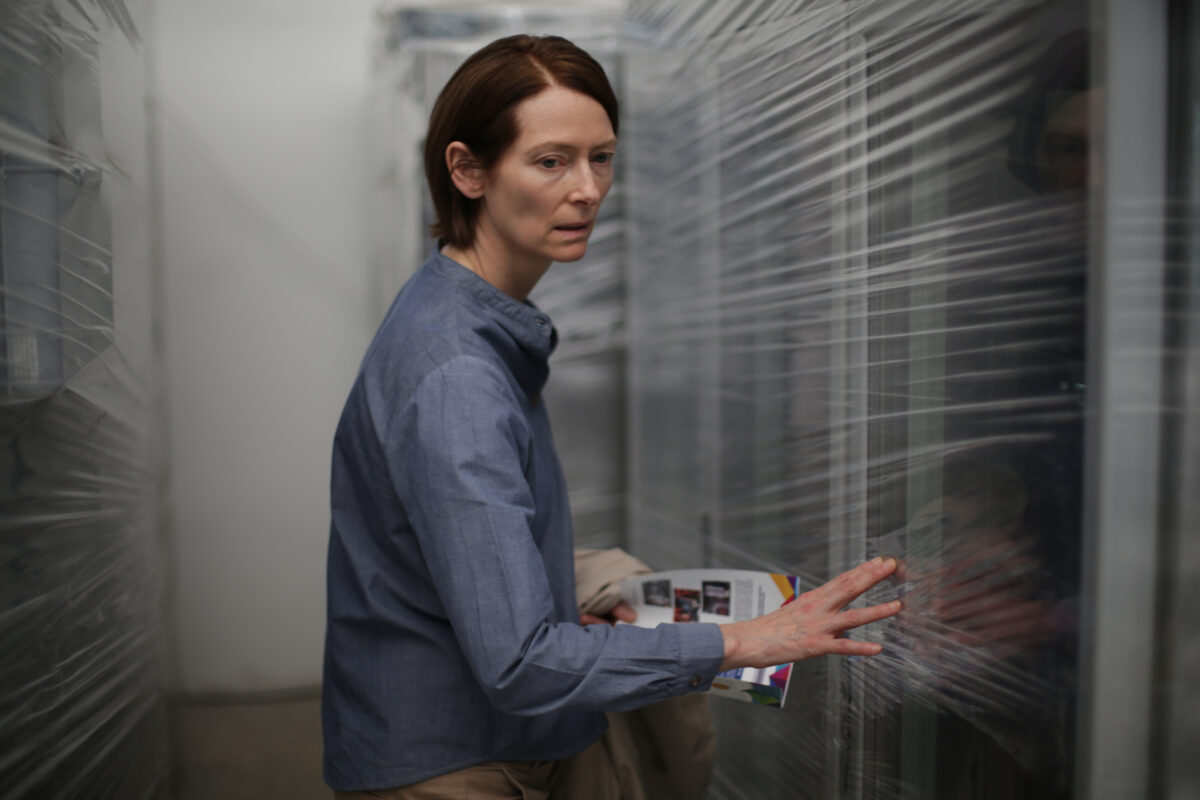 From the extraordinary mind of Palme D'or winning director Apichatpong Weerasethakul, and starring Academy Award winner Tilda Swinton, comes a bewildering drama about a Scottish woman, who, after hearing a loud 'bang' at daybreak, begins experiencing a mysterious sensory syndrome while traversing the jungles of Colombia. [Neon]

"Memoria is a sensory explosion, and its dense, immersive shrapnel isn’t easily removable."

"Every scene unfolds with quiet, meticulous clarity, but Weerasethakul’s luminous precision only deepens the mystery."

"Memoria is more meditation than movie, a transfixing deep-dive into the profound challenges of relating to people and places from the outside in."

"Watching this film reminded me of when I was 17, hearing Revolution 9 on The White Album for the first time. It left a residue of happiness in my heart."

"Weerasethakul is unpacking a sensation everyone has probably experienced at one point in their life: the feeling that something is cosmically out of whack."

"Not since Todd Haynes' Safe has a murkily understood, possibly psychosomatic ailment been reconceived in so haunting and unforgettable a fashion."

"Weeraskathul also explores how identities emerge, dissolve, and connect but he steps onto that shifting ground of memory and experience through a poetic, reverent portal."

"In a calmly realist, non-mystic movie language, this director really can convince you that the living and the dead, the past and the present, the terrestrial and the other, do exist side by side."

"Like the best of the director’s work, Memoria lulls you into its rhythms, gives you the sparse outlines of an intellectual framework, then hits you with the full weight of accumulated lyricism that must be pure cinema."

"[Apichatpong’s] films are well-thought-out experiences, unique, disciplined, gorgeously composed and irascibly moving to their own rhythm. What sets Memoria apart from his other work is a new setting: Colombia."

"Graced by Tilda Swinton’s emptied-out performance as a woman haunted by a strange sound whose origins she is obsessed with uncovering, Memoria eludes easy categorisation while becoming a powerful meditation on connection, spiritual isolation and renewal."

"Beneath this straightforward (if enigmatic) premise, there is a gradual slippage, as if the plate tectonics of Weerasethakul’s seemingly solid medical/mental mystery were subtly rearranging themselves, like puzzle pieces shifted by an unseen hand. As they lose their narrative mooring, the various parts of the whole have the effect of rearranging your own consciousness, in a way that leaves your perceptions feeling profoundly altered, perhaps permanently."