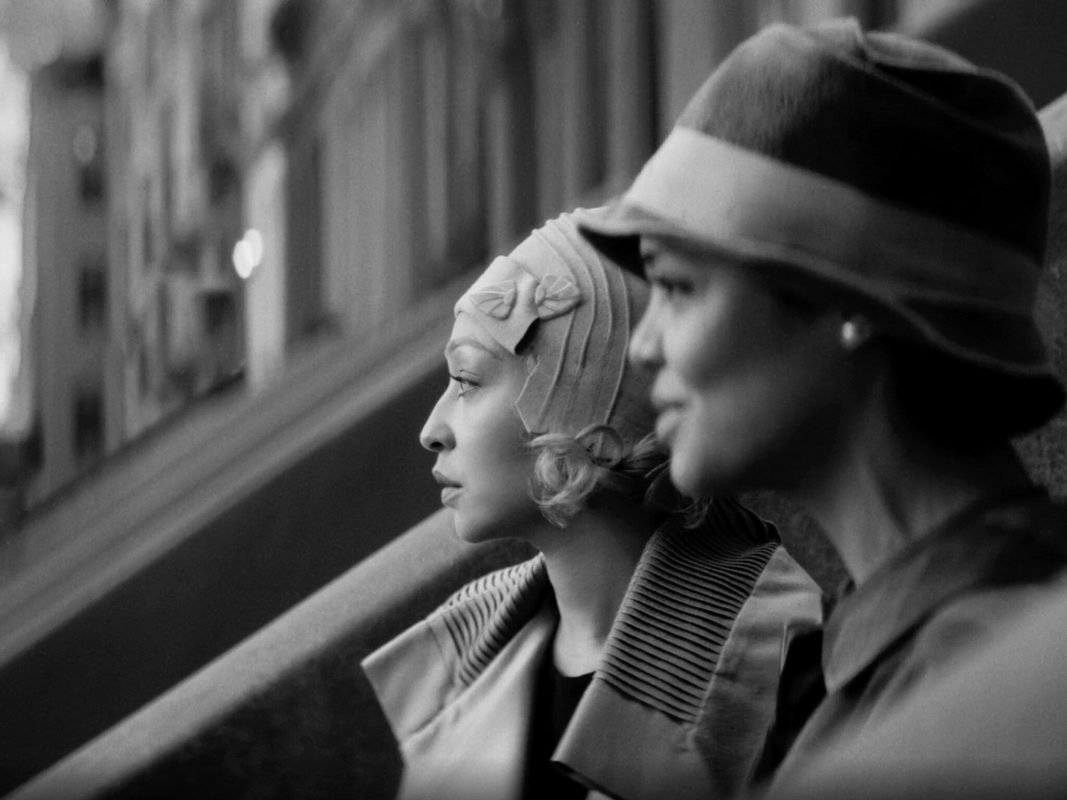 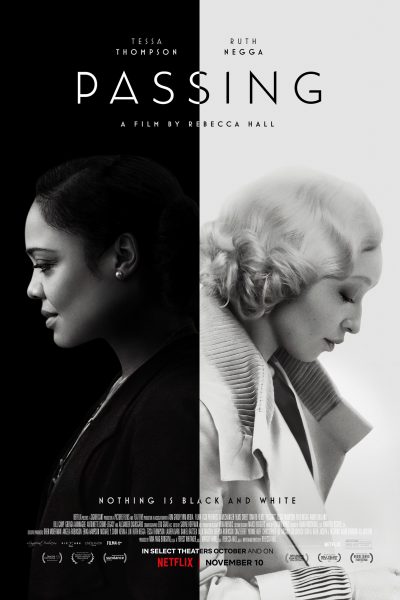 Adapted from the celebrated 1929 novel of the same name by Nella Larsen, Passing tells the story of two Black women, Irene Redfield (Tessa Thompson) and Clare Kendry (Ruth Negga), who can “pass” as white but choose to live on opposite sides of the color line during the height of the Harlem Renaissance in late 1920s New York. After a chance encounter reunites the former childhood friends one summer afternoon, Irene reluctantly allows Clare into her home, where she ingratiates herself to Irene’s husband (André Holland) and family, and soon her larger social circle as well. As their lives become more deeply intertwined, Irene finds her once-steady existence upended by Clare, and PASSING becomes a riveting examination of obsession, repression and the lies people tell themselves and others to protect their carefully constructed realities. [Metacritic]

"This film is nothing short of masterful."

"Thompson and Negga are both tremendous."

"A beautiful film. It's achingly sad, delicate, and gorgeous."

"It's one of the rare adaptations that catches the essence of literary style in its images and its tones."

"Passing is one of the must-see films of 2021, one that will stay in your mind well after the credits have begun to roll."

"It's a tremendous debut effort for Hall, whose work seems more like that of a seasoned veteran than a first-timer."

"In the end, Passing will leave its audience gasping and then framing and reframing in their minds a story ripe with ineffable realities."

"What's most striking about Hall's direction is her visual acuity, her gift for composing images that are gorgeous, disorienting and strangely intuitive."

"A series of gorgeously shot episodes that are often dramatically oblique in isolation but combine to form a mesmerising, deeply disquieting experience."

"The stars bring it all home by understanding how to say a lot, while also saying very little. There's a great deal of subtext in every scene and a real sense of tension."

"Starring Tessa Thompson and Ruth Negga in two of the year's best performances, this mesmerizing film about race, class and gender identity in the 1920s speaks urgently to right now and marks a brilliant directing debut for Rebecca Hall."