Although susceptible to violent outbursts, bathroom supply business owner Barry Egan (Adam Sandler) is a timid and shy man by disposition, leading a lonely, uneventful life -- partly due to the constant berating he suffers from his seven sisters. However, several events transpire that shake up Egan's mundane existence, one of which is falling in love with one sister's co-worker, Lena Leonard (Emily Watson). But the romance is threatened when Egan falls victim to an extortionist.
(R, 95 min.) 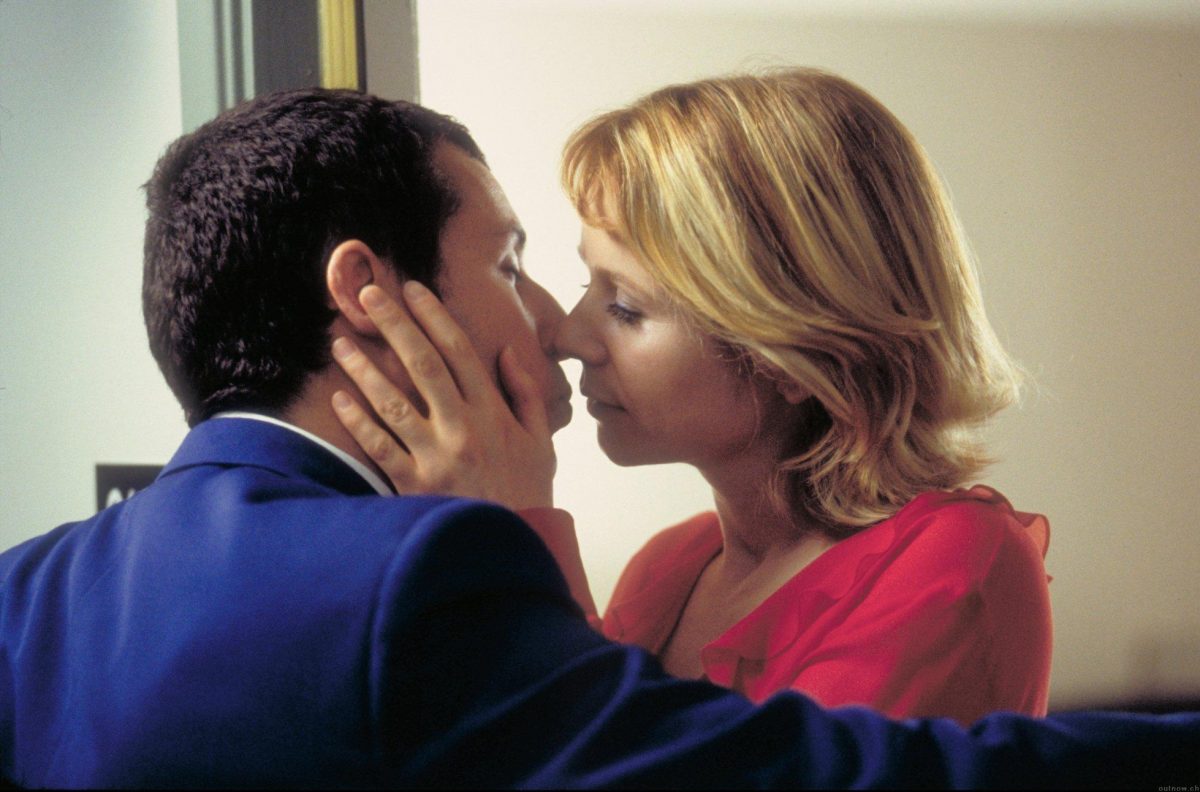 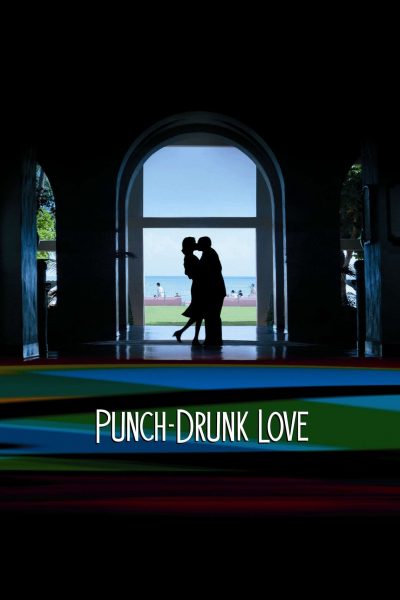 Chaos lurks in every corner of this giddily off-kilter foray into romantic comedy by Paul Thomas Anderson. Struggling to cope with his erratic temper, novelty-toilet-plunger salesman Barry Egan (Adam Sandler, demonstrating remarkable versatility in his first dramatic role) spends his days collecting frequent-flyer-mile coupons and dodging the insults of his seven sisters. The promise of a new life emerges when Barry inadvertently attracts the affection of a mysterious woman named Lena (Emily Watson), but their budding relationship is threatened when he falls prey to the swindling operator of a phone sex line and her deranged boss (played with maniacal brio by Philip Seymour Hoffman). Fueled by the careening momentum of a baroque-futurist score by Jon Brion, the Cannes-award-winning Punch-Drunk Love channels the spirit of classic Hollywood and the whimsy of Jacques Tati into an idiosyncratic ode to the delirium of new romance. [Criterion]

"In this movie, you'll see Sandler like you've never seen him."

"Entirely unpredictable and marked by audacious strokes of directorial bravado."

"It's a honey of a performance: controlled, achingly human, and funny in the deepest ways."

"Mr. Anderson has found a way to fashion a passionate romance out of the materials of postmodern chaos."

"Manages to be both heartbreaking and happy, while managing to look like nothing you've ever seen before."

"Anderson orchestrates a comic romance like no other. The effect is intoxicating. Sandler and the movie will knock you for a loop."

"With its feverish, percussive soundtrack and bravura cinematography, is like a bolt from the blue, chock-full of unexpected delight."

"Something we haven't seen before: a manic-depressive romantic comedy that aspires to the soul of a musical. It's a new-fashioned love song."

"What Mr. Anderson wants to do is recapture, without nostalgia, the giddiness and sweep of old movies, and his mastery of the emotional machinery of the medium is breathtaking."

"I found it exquisite. In part I responded out of sheer amazement: I've never seen anything like the sequences in which Sandler, in his boxy, sea-blue suit, charges around his warehouse to the rhythm of Brion's harsh drums."

"A love-letter to the golden age of film, Anderson's opus is the equivalent of a jubilant Technicolor MGM romantic musical, except without the requisite singing and dancing and crossed with a stark cynicism that is Sandler's hallmark."